The circus is in town! We were lucky enough to score five tickets to the Venardos Circus in Orem, Utah. What a great way to spend a Friday night! Not going to lie, my first thought when I saw the tent was, “That’s really small.” I’ve been to the Circus before, but never in a tent like this. But, once we were out of the car and standing next to it, it didn't seem nearly so tiny and the tent atmosphere was very charming. 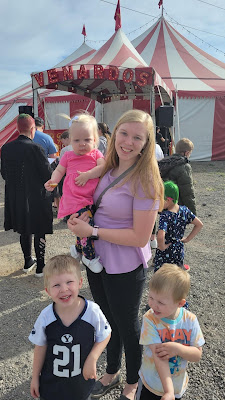 Venardos is a kid-friendly show and atmosphere. There was plenty of lighting and the audience lights were never off. You could see the reactions of your little ones at all times and no one had to fear the dark. 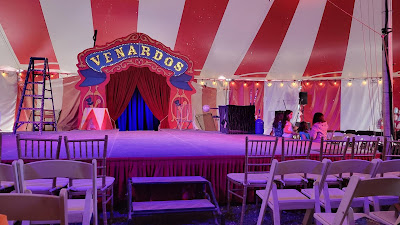 There was music from every era and style including a lot of fun ‘circus’y tunes. The ringmaster sang multiple times and he had an amazing voice. When we were first getting settled in, I wasn’t sure how we were going to get the kids to a level where they could see, but nearly every act was elevated off the ground in some way, making any seat in the house a good one. 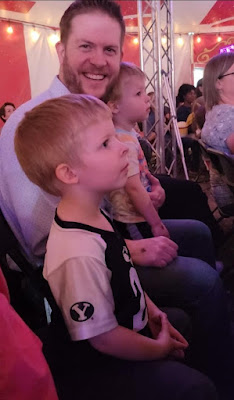 And, if you aren’t into clowns (looking at you, Bossy), they had a Jester-like character but he was dressed more like a gnome than a thing from a horror movie. 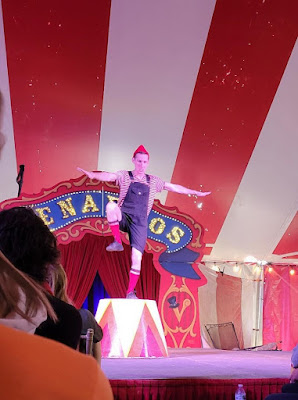 Before the show started, there was a juggling act while people were getting in their seats. It started forty-five minutes before the show and stopped about ten minutes before the show began. We were there for the whole thing and it was enjoyable from the start, but got a lot better near the end. If you have small kids like me, I would recommend showing up about 6:35PM. You will get the best parts of the pre-show and your kids won’t have to sit in a hard seat for any extra time. 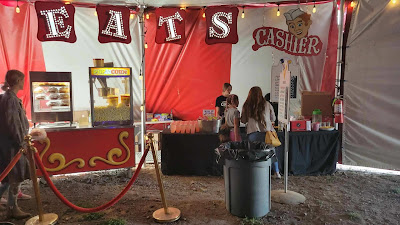 Parking was easy and free. Bathrooms are located across the parking lot at the Neptuno Event Center and were clean. Food and souvenirs could be purchased in the tent and the prices I saw were reasonable for the setting. 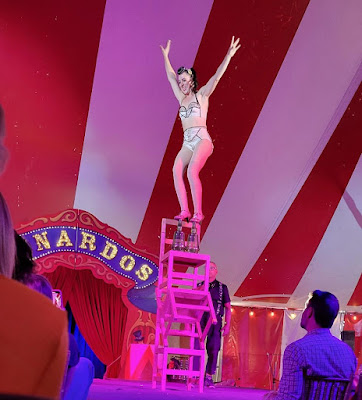 The acts were amazing! We each had a different favorite. I always love the dancing and acrobatic ones. The Frog enjoyed the yo-yo tricks. Tadpole’s favorite part was staring at the colored lights and watching as they moved across the tent. 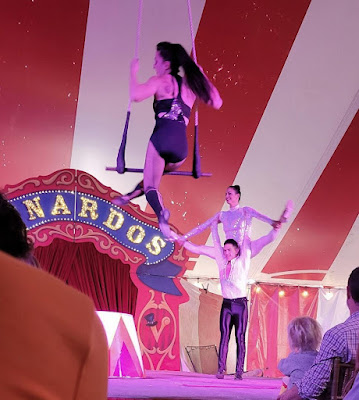 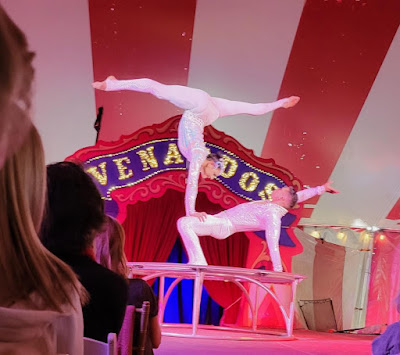 Polliwog liked when the girl stood on the guy's head and Duchess liked smiling at the people behind us. 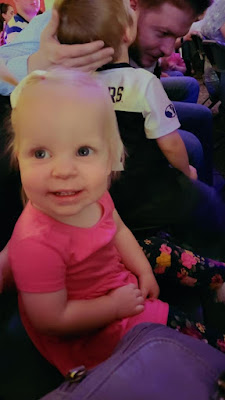 In the end, I liked the small tent feel. You could see the facial expressions and that added to the comedy. They had audience participation several times, especially in the pre-show. 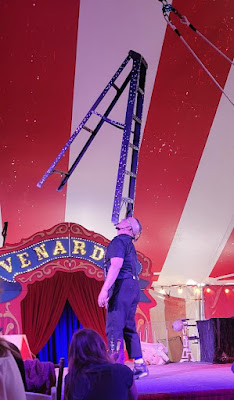 The only drawback to the small tent was the heat and the closeness of the seats. If you, or your family member is on the larger side, get there as early as possible to snag an aisle seat. 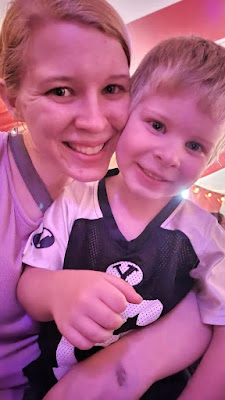 The Circus is in town until May 22, 2022. Make sure to use code OREMFAMILY to get 20% off. Hurry fast! These tickets are selling out! 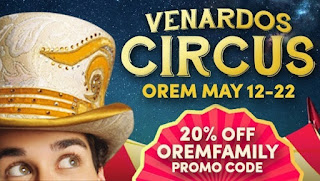