Present this coupon and receive $1 Off Child, $2 OFF Adult Admission and $5 Off Camping at Cascade Caverns. No coupon limit - not valid with other offers. Code: SanAntonioKidsGuide.com
View

When you first drive into Cascade Caverns, the first thing you see is this giant Tyrannosaurus Rex!

When you first drive into Cascade Caverns, the first thing you see is this giant Tyrannosaurus Rex! 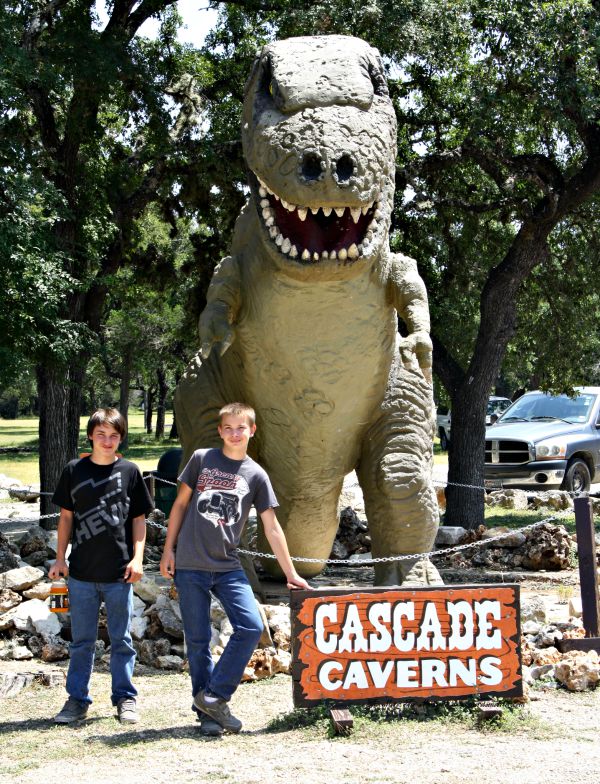 He was constructed and used in the movie Father Hood, starring Patrick Swayze. He was donated to the park  by Hollywood and Walt Disney Studios.  I think he's kind of amazing. Ok, so now - into the 'down under'! 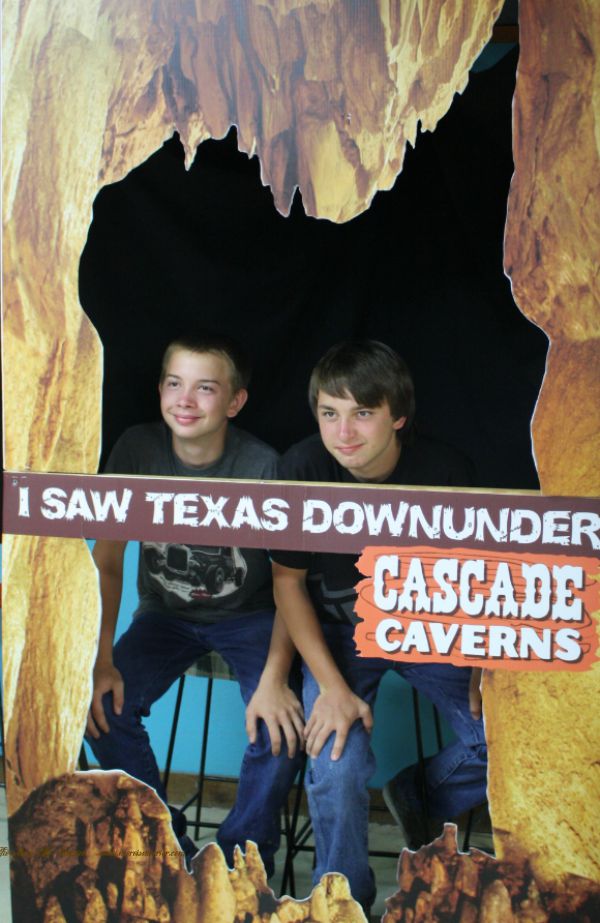 First my husband's cousin got the boys to sit in the photo opp for pictures. They never would have done that for me! Then we went outside to wait for our tour guide. They gave some of us flashlights and we proceeded down into the caverns.... 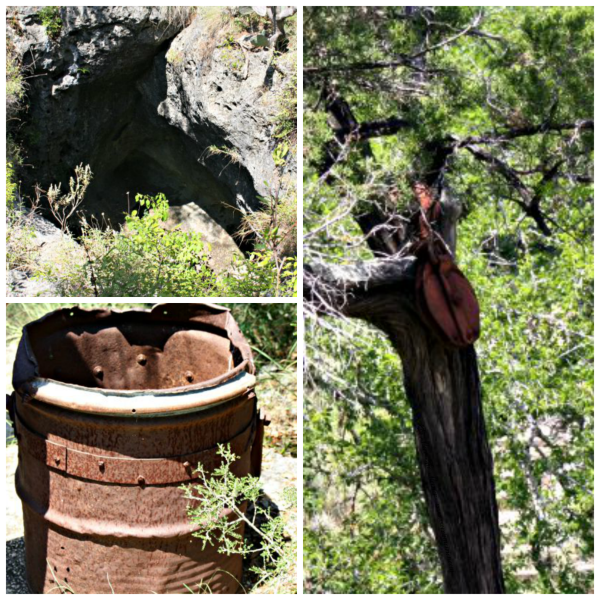 That hole in the ground is how people used to get into the cavern. They would  be lowered down that hole, in that bucket, by a rope strung over that pulley!

Ok, the caverns got flooded recently, so all the lights they had down there were destroyed. That means the only light we had was from flashlights, so I want you to forgive the light quality in these next photos that I took down in the caverns... 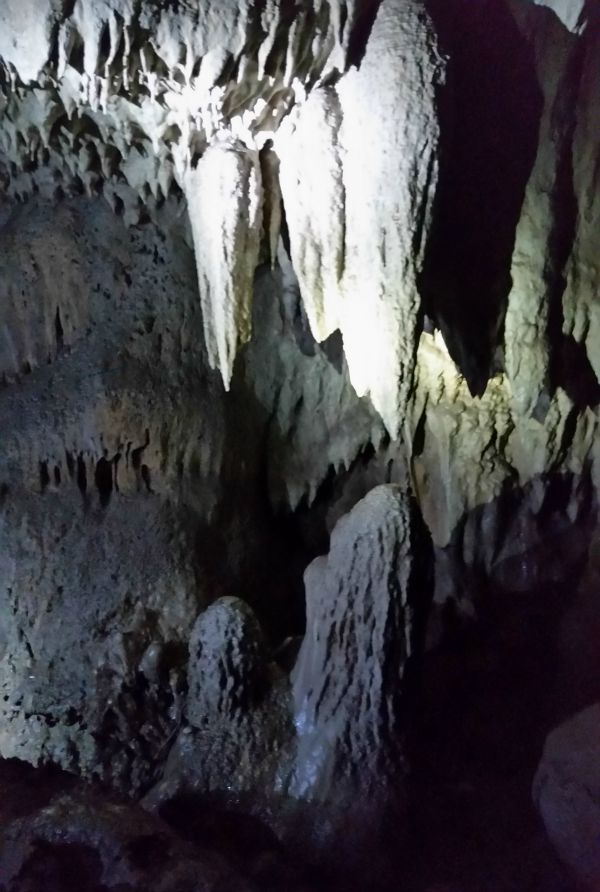 These are the Twin Sister Stalagtite/Stalagmites. The water dripping down, and leaving mineral deposits is what leaves these beautiful formations. The boys were able to catch this pure, clean, earth-filtered water, flowing down from a different formation in their hands and drink it. They said it tasted great! 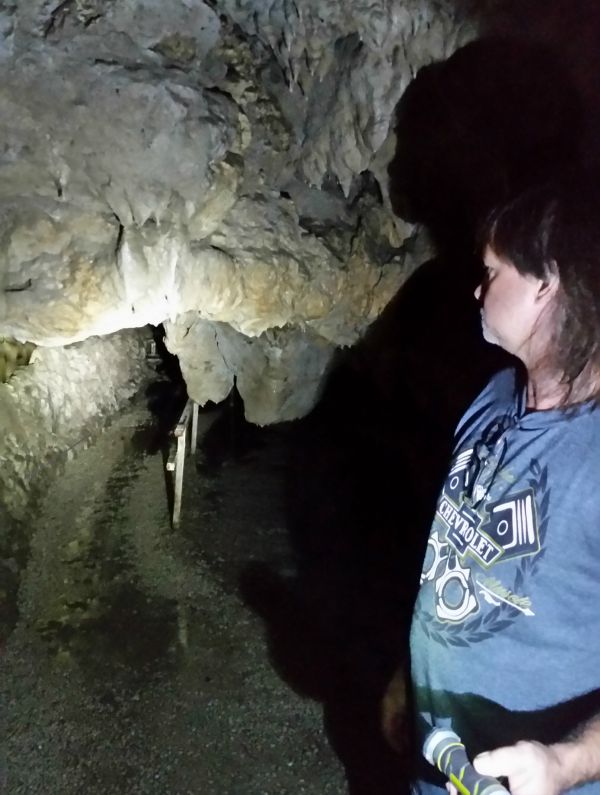 There are some small spaces to walk through. In this section we had to bend over and scrunch down a little to get through. It just made it more exciting! At the end of the walk inside the caverns, there was a beautiful wall of mineral deposits, that looked like a cascading waterfall. It's where the name Cascade Caverns comes from! Because my picture didn't turn out well from the lighting being, well, minimal, I am posting Cascade Cavern's picture.

Right now you can get $1 off a children's ticket or $2 off an adult ticket or $5 off camping. (Yes, they have plenty of room for RV or tent camping. I'll elaborate more on another upcoming post!) Click on the picture above for a coupon, or follow this link.

Would you like to see something like Cascade Caverns? Please tell me why!
Leave a Comment
submit a review Join our blog team
More Reviews of Cascade Caverns